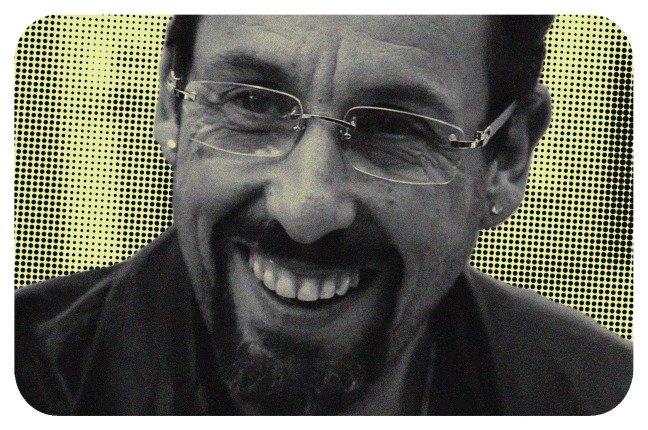 The Safdie Brothers continue to prove themselves as unique visionaries with their newest flick, Uncut Gems, putting viewers in the anxiety-inducing life of a compulsive gambler, constantly searching for the next big win.

Uncut Gems taps into viewers’ nerves right from the start and then gradually tears them to shreds as they watch Howard Ratner (Adam Sandler), an eccentric jewellery store owner risk everything for the chance of winning big, from pawning other people’s property to borrowing huge sums of money he can’t pay back. When Howard comes into possession of a precious uncut opal gem, he is sent down a road that will change his life forever – as long as everything goes how he wants it to go.

Uncut Gems is thrilling in an unconventional way as viewers will slowly slide to the edge of their seat watching Howard take ridiculous risks in New York City’s diamond district. At face value, Howard is the kind of person that’s easy to villainize as his gambling addiction has ruined his relationship with his family. Regardless what it may cost or who it might hurt, he is solely driven to make money – even when he’s already won. He is a difficult person to like, but the Safdie Brothers utilise Sandler’s optimistic charm to paint an underdog that viewers actually care for.

With each successive bet Howard makes, viewers will find themselves riddled with anxiety and worry about the outcome. You quickly become very invested in Howard’s life and care when things look like they’re about to completely fall apart for him. In some ways, watching Howard is like watching a friend make a bad decision and not being able to do anything about it. I first saw Uncut Gems back in the US late last year and there was a point when the entire theatre – including myself – audibly groaned when something Howard was hoping would come off, completely fell through. That’s how strong this film is.

Sandler is absolutely immaculate and this is the best performance of his career. His fast-paced energy evokes Howard’s insatiable need for the next win and his personality meshes incredibly well with the editing and pace of the film. The Safdie Brothers have done a great job building the world around him, his informed betting and eccentric personality have made him a believable character in very niche area of New York. The naive optimism that Sandler brings in his performance makes Howard’s gambling addiction both incredibly thrilling and relatable. If you’re a sports fan like me, the way Howard stares and reacts to the TV while watching a basketball game he’s betting on will feel worryingly familiar.

Outside of Sandler, there’s a slew of great performances from the supporting cast. Lakeith Stanfield continues to prove himself as one of the best actors of his generation as Howard’s devious cohort Demany. It’s interesting for Stanfield to play such an important part here, as he plays a key role in building Howard’s success but also in losing his grip on the situation. Idina Menzel is great as Howard’s wife, who gives him the cold shoulder because of the life he’s dragged his family into. Julia Fox stuns in her first ever feature role as Howard’s girlfriend by matching the same energy as Sandler, making their relationship one of the most enticing parts of the film. Who surprised me most is Kevin Garnett playing himself, as his obsession with the gem is very believable and he puts in a performance that left me interested in seeing him making a jump to the acting world.

The real take-away from Uncut Gems though is the Safdie Brothers. Astonishing storytellers and directors who pull you in throughout Howard’s escapades, the film is visually stunning and carries the same vigorous and shaky pace that Howard has in struggling to get anything to go his way. The story, written by them and Ronald Bronstein is perfectly cut together with each confrontation that Howard has, slowly ramping up the tension to leave viewers unsure where Howard’s ambitious gambling will ultimately leave him. All of this builds to the strongest finale I saw last year, as it leaves viewers gripped and utterly shocked with the fallout of Howard’s actions.

Uncut Gems is the Safdie Brothers’ carefully crafted, stellar nerve-wracker that shows Sandler as you’ve never seen him before in what is surely one of the best and most exciting films of the last few years.